Like almost every other vaper who started back in the day, my first purchase was a blu cig starter pack from the Walgreens here in Tacoma, Washington. I was definitely impressed with how tasty and convenient that kit was, but it was severely lacking any sort of oomph to keep my analog cravings suppressed. I furiously searched the internet to find what alternatives to the Blu Cig were available and thats when I stumbled upon this crazy industry. An entire sub-culture of ex-smokers and underground companies most of us had never even heard of. This was all before the big boom.

Devices during the early days of vaping were extremely primitive. Vaping wasn't necessarily so much to end an addiction as much as it was to start a commitment. There were no sub-ohm tanks, let alone sub-ohm devices, dry hits happened regularly and punching a cartomizer right through the coil was only a small headache compared to trying to build a coil a steel mesh wick.

Vaping has come leaps and bounds since it's infancy back in 2009. In my humble opinion these are the devices that helped get us to where we are today. Love it or hate it, Blu was the tip of the iceberg for the vape revolution. With it's sleek and sexy appearance, we should be thankful for Blu's mainstream market appeal that helped put vaping in front of millions. The e-Go battery was one of the first batteries that could last you more than 30 minutes on a good day. I used to carry two of these pen-type vaporizers on me at all times when I was just getting started with vaping. People used to tell me how huge these looked whenever I whipped one out. Little did they know this was just the beginning! 3. The Lava Tube By Volcano

The first device I had ever seen being mass marketed as variable voltage was the Lava Tube by Volcano. Allowing users to be able to control the temperature of their vape was a feature that most of us didn't even know we wanted and it became a gold standard from this point forward. The Provari was-and to some still is-considered to be one of the greatest personal vaporizers to have ever existed. At the time this device was a power house allowing users to vape at a staggering 6 volts and best of all it would only set you back about $200 USD! 5. The Vivi Nova By Vision

Clear-o-mizer's were the next step up from primitive cartomizers, but they severely lacked in capacity and build quality. Enter the Vivi Nova. It had a 3.5mL capacity, decent vapor production (at the time) and ease of use, by being able to switch out the heads and even rebuild them if you had the know how.

6. The Golden Greek By Imeo

One of the first mechanical mods to be sought after by vaping enthusiasts. The GG boasted state of the art build quality along side a super sleek, luxury design. They also put a lifetime warranty on all of their products which was a huge step for any mod manufacturer to do at the time. "Are you smoking an iPod?". While the MVP wasn't the first box mod available on the market, it certainly made the biggest splash. Users were in love with the long battery life and the ability to run variable voltage for less than $60 bucks. You could also charge other electronics through usb but that feature was kinda pointless since the capacity of the battery itself was only 2600 mAh. 8. The Tug Boat by Flawless

Believe it or not, dripping was around way before the first RDA's showed up in the market place. Essentially there were cartomizers you could buy without any poly-fill to hold juice and you would just drip directly onto a tiny coil and vape. You couldn't rebuild these coils and they burned out relatively quickly and, so did dripping. That was until devices like the Tug Boat brought new life into dripping. The v1 had two tiny air holes that vapers would drill out for better cloud production and the ability to wrap your own coils eliminated the need to buy disposable ones. Bigger clouds, bigger flavor. This is where vaping really started getting silly. 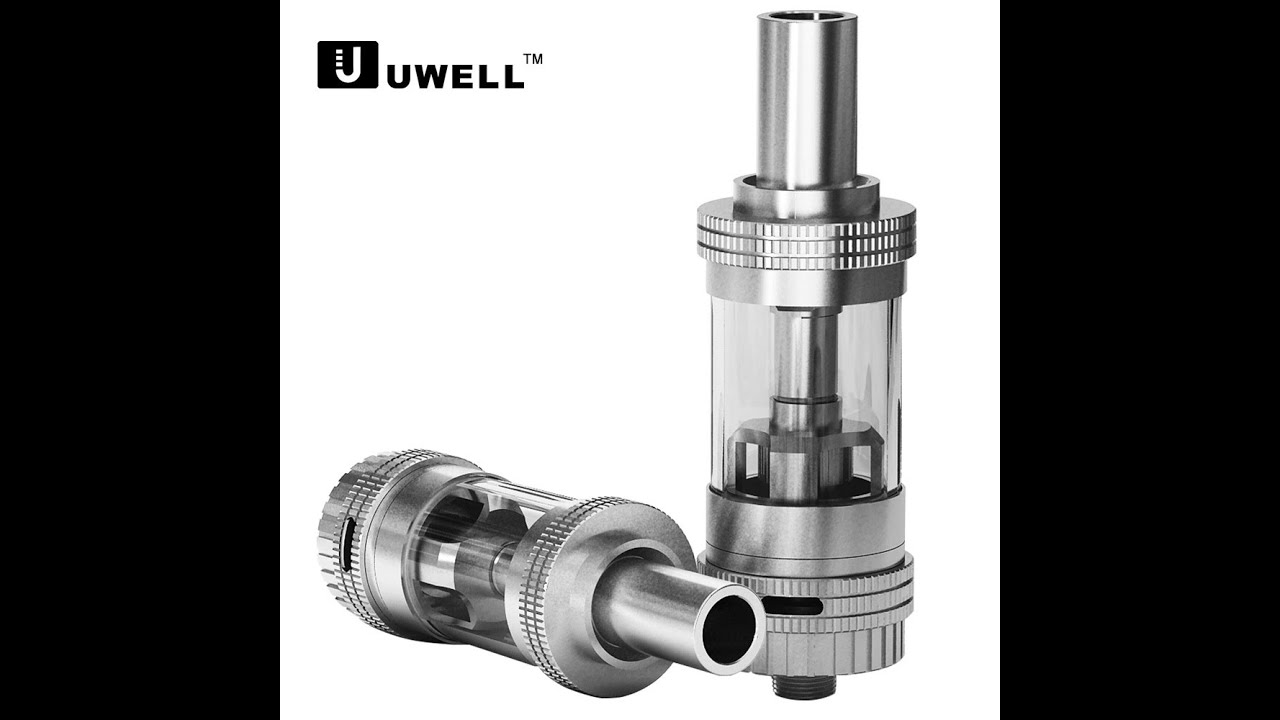 9. The Crown By Uwell

The Crown has been out for quite some time now but it still gets plenty of praise and attention. Once vapers decided they were tired of dripping all the time they decided to move over to sub-ohm tank systems. Gone are the days of spit back, trying to re-wrap unravelled spools of kanthal and figuring out whether or not the cotton you've been using is truly organic. The Crown has made sub-ohm vaping easy and accessible to new and old vapers alike. 10. The Kayfun Lite By Svoe Mesto

I actually never owned a Kayfun Lite. But I figured some vaping veterans would be alarmed if I didn't have this one on the list. The Kayfun Lite was most notable for being significantly easier to build on when compared to the earlier Genesis style atomizers. Flavor production also helped make this device one of the most sought after tank atomizers for several years.

These are the devices that made vaping what is today (in my opinion). What devices changed the way you vape? Let me know in the comments below!